Fast, furious, and competitive are just some words that we think of when we think about the Tornados Running Club. Running marathons, tackling 100 mile races on a weekend, and intense speed workouts are considered Tornado fun! Rain, sleet, snow, heat, pain, and exhaustion are not excuses for not running on any given day. Most people are intimidated by running, and running with a fast group of “crazy” runners is even more frightening to the average runner. But, behind every fast Tornado there is a little group of Tornados that are not as fast, and a tiny bit less crazy about running, we nicknamed ourselves the Speedy Tortugas.
Before we became Tornados and joined the running club, most of us met at the park where we began our running journey. We all had different reasons for running. Some ran for health reasons and weight loss, others were returning after a long hiatus, and others were just beginning to find the joy of running even if it was a love/hate relationship. We all had one thing in common, our speed. And, that is how we became friends. It’s a joy to meet runners with similar paces and abilities. We were runners huffing and puffing to the finish line, running slow and steady or doing a walk/run towards the finish. We are often asked what our goal for a race is and our response is usually, “to finish”. To proudly cross that finish line and bask in the glory that we did it! We never give up and know that we can reach our goals with our “know we can” attitude. Combined we have participated in numerous marathons and half marathons. The comradery that we have is very special. We never leave a tortuga behind. If we aren’t cheering our fellow runners on, we are anxiously awaiting their arrival at the finish line no matter how long the adventure takes. It is the greatest feeling in the world to see all of your running mates waiting to congratulate you on your marathon, or encouraging you during a race and giving you a shoulder to lean on when you have to get through the pain to finish.
Eventually, we decided that we would join a running club. So we joined the Tornados. Even though we were intimidated by these fast runners, we knew this group was for us because they were always supportive of our little group. They asked us many times to run with them and join the workouts, but we were afraid because they were crazy fast runners. They didn’t huff and puff around the track. They didn’t look like they wanted to pass out running a loop around the park. They looked like they were running on clouds. They were beautiful runners. They weren’t like us. They didn’t understand what slow and steady meant! The truth is we were afraid we would pass out trying to keep up with them. It took us a while, but one day we decided it was time to get over our fear (or maybe they caught us off guard and we couldn’t think of any excuses to not run with them on short notice) so we took a deep breath and ran with them. It was less than a mile but we did it! These fast runners weren’t scary. They were encouraging and motivating. It is okay to run your own pace, and you don’t have to be a speed demon. Even though we are at different paces and abilities, we all have a passion for running and a spirit of comradery. Our team continues to inspire and motivate us to reach our goals especially during those tough Tornado Tuesday workouts!! Slow and steady or fast and furious it’s all about Tornado fun! 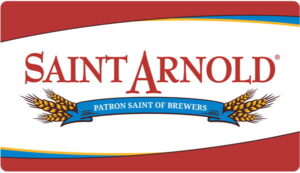